Empowerment Tuesdays: A Reflection of My Experiences of Social Injustice and Racism in America from a Christian Perspective

Popular posts from this blog

Parents' Corner Wednesdays: Communication Tip - Look Beneath The Surface of a Behavior and Discuss Matters of the Heart 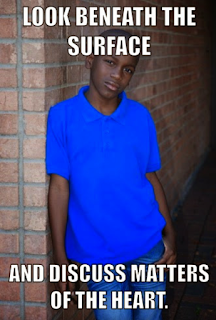 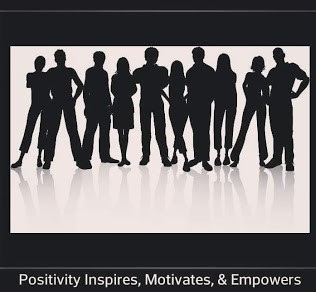 PPM's You're probably wondering what's a PPM? PPM stands for a Proud Parent Moment. Oftentimes, we are quick to point out the bad or something has to be considered big for us to take special notice or give recognition. The idea behind recognizing PPM's in your children's lives is to let them know that you see them and all they accomplish or do, no matter how small. These PPM's when shared, can inspire, motivate, and empower your child in more ways than you could imagine. A proud parent moment could be your child opening up the door for an elderly person or going out of his/her way to care for a sibling. It could be the way your child handles an obstacle or barrier. I  could go on and on giving examples however I think you get the picture.  Lastly, look for these moments! Share these PPMs and the reasoning behind them with your children. You may even want to let them know that they can recognize PKM's (Proud Kid Moments) or for those teens in your life PTMs (
Read more

February 10, 2021
Are Family Meetings Necessary?      In my family I remember sitting amongst the elders, more specifically my grandparents as they shared stories of old; oftentimes with life lessons tucked in the most intricate details. Those family gatherings where everyone gathered at the dinner table may have been taken for granted as a child, but boy do I treasure those moments now. I remember learning much more than manners at the dinner table. I learned the purpose of serving another not because it was expected or out of obligation, but out of love and consideration. I learned to listen and observe just as much as I talked, if not more. It was in the company of my elders that I learned about marriage, faith, love, the value of hard work, the importance of keeping your word, history (the history often not told by our history books), educational opportunities, trades, military service, homeopathic remedies, gardening, conserving energy, and the list goes on.       No, these weren't called famil
Read more

Erica Felisa Thompson, LCSW
I am a wife and mom of all boys- 4 by birth and 1 Bonus Son. I'm also an Air Force Veteran and the Owner & Therapist at Beneath The Surface Therapy Solutions.